Agricultural enterprises will be able to buy up to 1,000 hectares of land 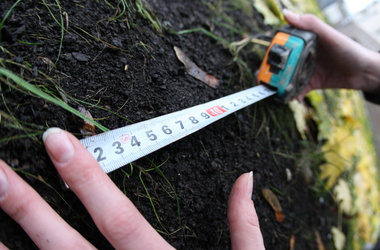 Minagropolitiki discussing the possibility of amending the draft law "On turnover of agricultural lands" regulations on limiting the volume of purchases of land by legal entities in the amount of 1 thousand hectares. Potential buyers will be put forward strict requirements.

Earlier it was planned that agricultural land will be able to buy only individuals not more than 200 hectares. However, after discussions with farmers ' associations, originated the rule on the sale of land to enterprises - legal persons.

Right to buy land, to get businesses that the slightest the last three years was engaged in agricultural activities. In addition, the owners should not include non-residents of Ukraine.

In the Ministry of agriculture believe that in the first year after the introduction of the land market will increasingly buy land tenants, processing up to 1 thousand hectares. to Sell the stations will be primarily those persons who inherited the land, but do not live in rural areas.

the Initial price of 1 ha of land will be $ 1-2 thousand on the basis of the quotations of "black" market.

the Experience of Eastern European countries shows that the price of land will rise, although in the early years not too much.

currently, the work on the bill is almost completed, and in September it can bring to Parliament.

Add a comment to news item: Agricultural enterprises will be able to buy up to 1,000 hectares of land

Add a comment to news item:
Agricultural enterprises will be able to buy up to 1,000 hectares of land