That will happen to corn prices? 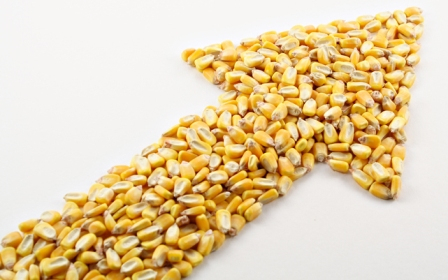 the deteriorating condition of the corn crops due to drought and lower yields forecast due to strong demand led to increased prices of U.S. corn last week in Chicago rose by 3.5% to 145,3 $/t

the US during the summer have significantly increased corn exports due to low prices, and reduction of yield and export volume of corn from Brazil.

After the introduction of Argentina's new duties corn exports from the country in the near future will decrease, which will allow US to regain the lost markets of Vietnam and South Korea.

This is especially important on the eve of the new harvest, which the USDA in August estimated at 370 million tonnes, although some analysts believe the yield is high and hope to change the forecast in September. Moreover, the state of corn for the week declined by 1% and now corresponds to the average 5-year level.

Condition of the maize crop in Ukraine is excellent, the results of the crop tour experts Agritel estimated the crop at 30 million tons, which practically corresponds to the projected USDA 31 million tons.

two weeks of corn prices for delivery in the port in October dropped from 180 to 165 $/t for the load port terminals. Low export demand could further lower the price.

due to the reduction of EU production will increase corn imports by 2 million tonnes to 18 million tonnes, which will allow Ukraine to boost exports. The shortage of fodder in Poland and Germany will contribute to the import of corn on border Ukraine-Poland, where the demand price exceeded the port and reached 170-173 $/t

Add a comment to news item: That will happen to corn prices?

Add a comment to news item:
That will happen to corn prices?