Soybean market froze in anticipation of a new USDA report 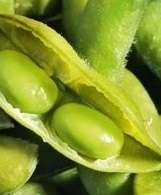 Active planting soybeans with increased sales of soybeans old crop to change the balance in the United States. In addition, the new balance will reflect the USDA increased soybean imports by China and increasing the volume of soybean exports from Brazil.

According to the average estimate conducted by The Wall Street Journal survey of analytical agencies, in 2020 the soybean crop in the U.S. will reach 113 million tonnes, 0.7 million tonnes will exceed the may USDA forecast and 16.2 million tonnes the previous season. Carryover stocks will also rise to 15.9 million tons.

Dependence on the American market soy demand from China puts pressure on prices, a further collapse will save only the activation of purchases of soybeans by China in the framework of signed trade agreements.

the Devaluation of the Brazilian real since the beginning of the year, almost one-third allowed the country to increase exports of soybeans. In January-may, Brazil has increased compared to the corresponding period last year, exports of soybeans by 36% to 49 million tonnes, of which 74% was shipped to China. However, due to the expected reduction in soybean stocks in the 4th quarter against the background of strengthening of the real, which began in June, China since September 2020 may resume the purchase of soybeans from the United States. Experts believe that China has acquired the necessary by September the volume of soy in the near future could increase the supply from South America. For 5 months of 2020 the China has increased in comparison with last year the import of Brazilian soybeans on 27%, and in Q4 will continue to buy South American soybeans political disputes with the United States, even though konkurentospromozhnist the price of U.S. soybeans.

According to the average estimate of analysts, in the new season due to dry weather in Brazil will reduce soybean production by 1 million tonnes to 123 million tons and Argentina – 200 thousand tons to 50.8 million tons.

Traders interested, will increase the experts, the USDA forecast soybean imports to China the background of increased purchases in recent months. The demand for soybeans is growing as the recovery of pigs after an outbreak of ASF, and the demand for meat is increasing due to the cancellation of the pandemic Covid-19 quarantine restrictions.

China is the world's largest importer of soybeans, defines tendencies of the world market of oilseeds. Countries such as Mexico, Egypt, Japan, Indonesia, Thailand, Taiwan and the EU collectively bought only 25% of U.S. soybeans, so the U.S. farmers would be difficult to find an alternative to Chinese buyers.

Add a comment to news item: Soybean market froze in anticipation of a new USDA report

Add a comment to news item:
Soybean market froze in anticipation of a new USDA report