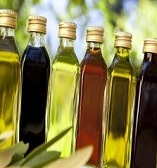 the Main driver of growth of prices for vegetable oils remains the biofuels market, producers who plan to 2020 to increase the share of consumption of biodiesel.

U.S. Agency for environmental protection EPA plans to revise the quota for biofuels in 2020 to compensate for the abolition of privileges, which angered the producers of biofuels. This will contribute to increasing mandates regarding ethanol from corn or biodiesel from soybean oil.

At this news the December futures for soybean oil in Chicago yesterday rose 2.2% to its highest level since March 677 $/MT, but then fell to 670,2 $/t

On price pressure report data NOPA soybean processing in the United States in September, the volume of which amounted to 4.15 million tonnes and was lower than the market expected. While ending stocks of soybean oil at 10% higher than the expert appraisal.

Despite an expected increase in Chinese buying of American agricultural products against the background of progress in the negotiations, yesterday, soybean futures decreased because of the Achs reduction in the consumption of oilseeds in China. The demand for soybeans from China in the near future will increase competition with U.S. processors and will promote growth of quotations.

Futures on palm oil in Malaysia increased by 0.7% to 518,8 $/t after talks with India planned to reduce imports of these products. However, most prices will support the intention of Indonesia to increase to 30% the use of palm oil in biofuels to support domestic producers against reduction in consumption of palm oil in the EU.

From January 1, 2020 France excludes palm oil from the list of approved biodiesel products, but also negate the benefits for producers of this type of biofuel, while leaves them for other raw materials.

In Ukraine the prices for sunflower oil with delivery in November and December remain at 680-690 $/t FOB, with the support of reduction of the forecast of sunflower production and the increased demand from buyers.