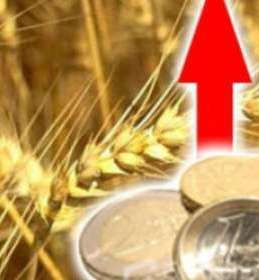 Stock prices yesterday continued to rise due to the lower production forecasts in Russia and lack of precipitation in Europe.

France and Germany celebrated the Day of ascension, so trading on the stock exchange in Paris was sluggish. Traders discuss the reduction not only of expert evaluations, but the official forecast of grain production in Russia in 2020/21 MG.

the Market worried about the return of dry and hot weather to a number of European countries. Weekend precipitation should take place in arid regions of France and Germany, however, it is unknown how they will improve the situation.

the price of wheat in Chicago is growing for the third consecutive session on forecasts of yield reduction of winter wheat in the United States and the countries of the black sea region, particularly in Russia.

In the U.S. export sales of new crop wheat over the week grew by 70% to RUR 252.4 thousand t, and old crop – fell by 14 percent to 175,8 thousand tons of wheat Exports from the United States for the week amounted to 368 thousand tonnes,but only in the season of 23.1 million tonnes, which is 0.6% higher than the corresponding figure last year.

Prices for black sea wheat remain unchanged, although there have been increased demand for feed wheat of new crop from Bangladesh and the Philippines.

In Ukraine, the traders lowered the procurement price of wheat to the level of the indexes of the prices of the new crop of 180 $/ton for deliveries in the port, but not buying corn of the old crop.

In Argentina, the pace of sowing of wheat higher than last year and acreage is expected to increase by 5% to 6.8 million hectares. Rainfall that lasted for months, improved soil moisture before sowing.