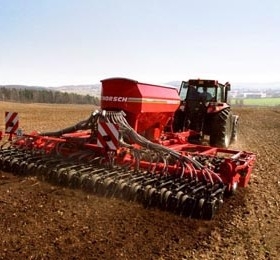 Last ten days of may in Ukraine was dominated by warm weather with rainfall of varying intensity, which replenished the soil moisture reserves. The majority of winter crops and spring crops are in good and satisfactory condition, although in the Carpathian region excessive moisture delayed development of plants and sometimes to their yellowing.

In dry weather in some regions of Russia, SovEcon for the first time experts have reduced the forecast of grain production with 129,1 to 127.2 million tons, including wheat – with up to 83.4 82.6 million tonnes, which could support the price of Russian wheat.

In the Central and Volga Federal districts of the Russian Federation earing of winter wheat drought began 1-2 weeks earlier. Rainfall in the regions of the European part of Russia in may was below normal. Currently, however, winter wheat has already been formed, so considerably to yield such conditions will not be affected.

Experts of "Prozerno" left unchanged the forecast of grain production at the level of 130.8 á million tons, including wheat – 82.3 million tons.

Analysts IKAR and leave the forecast of grain harvest at the level of 126.7 million tonnes, of which wheat 81 MT, as it takes into account the risk of shortage of rainfall in some regions of the country. However, depending on subsequent temperature and precipitation estimates can be revised.

In MSG expected gross yield at 118 million tons, including wheat – 75 million t and has no plans to change the forecast.

According to the Ministry of agriculture, as of June 3 crops sown 14,246 million hectares, or 99.9% of the projected area. Oilseeds planted 100,2% of the target.