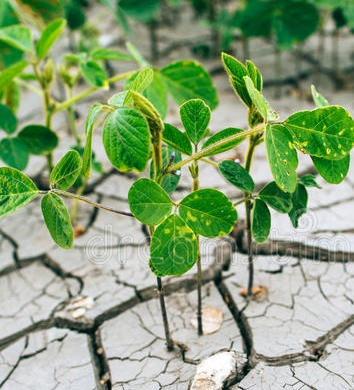 In Chicago quotes for soybeans and meal fell sharply after the rains that fell in South America, although most rain fell in the area of Buenos Aires, never reached the major regions of soybean production – States of Cordoba and Santa Fe, where soybean production will continue to fall. Next week weather forecasters promise dry weather with little rain on Thursday and Friday.

In Brazil, the weather contributes to the ripening and harvesting of soybean and the development of maize second crop.

According to Capeco, through adverse weather conditions soy production in Paraguay will be reduced from 10.3 million tonnes in the 2016/17 season to 9.5 million tons in the season 2017/18.

the market is significantly influenced by speculators, as today in anticipation of further price growth funds open 208 thousand transactions in the soybean long position, which was the high of the last 21 months.

soybean Exports from the US disappoints traders as dropped 47.3% to 490 thousand tons, which is 30% lower than in the corresponding period last year.

because of excessive load of Brazilian ports, which operate at maximum capacity, prices for Argentine and Brazilian soy on the physical market is growing, creating a demand for U.S. soy.