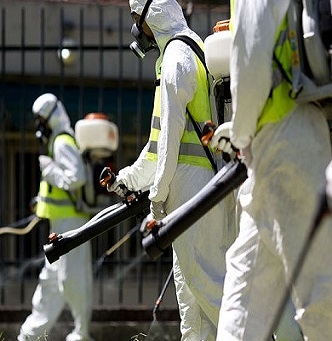 once the world markets began to calm down and recover from a sharp fall at the end of January, last news about the worsening situation with coronaviruses again increased pressure on the exchange.

Per day in China from coronavirus died 254 people, that is the highest daily figure since the epidemic began. Were also recorded 15152 of new cases.

Yesterday who said that coronaviruses can get 2/3 of the world population, since the model Longin (head of the statistics centre of infectious diseases University of Florida), under normal conditions, each infected person infects another 2-3 people. Quarantine measures, which could stop the spread of the disease, were adopted after the virus has spread in various regions of China and beyond. According to Longin, even if the indicator nicowania to halve the virus infected a third of the population of the planet.

Scientists believe that coronavirus is spread primarily by airborne droplets. In addition, global experts and doctors accused China of concealing statistical data on the background of a record number of patients and deaths in Hubei province.

the uncertainty of the number of infected people in China and the propagation velocity of coronavirus not allow experts to assess the rate of decline of the economy of the PRC and other countries where the industry connected with Chinese enterprises, be stopped through quarantine.

Analysts predict a decline in consumption of China's agricultural products, but these predictions have not influenced the data of the USDA report in February or other official records. Therefore, the price of soybeans and vegetable oils, which first react to declining consumption by China, has not yet received a push to the fall.

Add a comment to news item: The deterioration of the situation with coronavirus increases the pressure on the markets

Add a comment to news item:
The deterioration of the situation with coronavirus increases the pressure on the markets