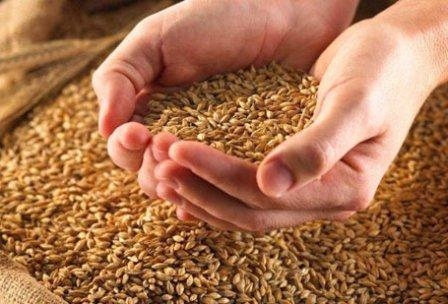 the Most urgent and painful issue for the current season is the question of wheat quality, which directly affects the trends of world prices.

Kazakhstan has always been a leader in the production of high quality wheat among the black sea countries. However, this year more than half of the harvested wheat crop has low quality indicators.

due to excessive soil moisture during grain ripening has deteriorated the quality of wheat and one of the world's major grain exporters – Russia. In addition, there is the quality of the grain falls in a few years.

the Rains adversely affected the harvest of grain in Germany. In some regions of the country managed to collect only a third of the wheat. Its quality is also not too good, but not to the extent in which it relates to French beans.

as a result, the price of Russian wheat is now the highest in the last four months. Experts explain such a large increase in protein content in Russian wheat. While due to the cool weather and prolonged rainfall French wheat, which is one of the main competitors of Russian, significantly lost in quality, longer in high demand on world markets. Once again reduced grain exports from the United States. Confirmation of growing demand for Russian grain was the results of the latest Egyptian tender where you purchased the consignment of wheat, 60 thousand tons.

the price of the Ukrainian high-protein wheat grown, and on the basis of CPT-port is:

it is Worth noting that the price of Ukrainian wheat is growing for the fourth consecutive week.