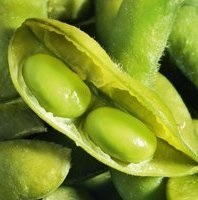 After it was cancelled the sale to China of the party 354 thousand tons, weekly export shipments of soybeans from the United States decreased to 600  tons of soybeans.

if China purchases of U.S. soybeans has led to the fact that soybean new crop contracted yet only 14 million tonnes, the lowest level forwards over the last 10 years.

Chinese importers are awaiting a clarification of the government's intentions to reduce protein content in feed for animals, so until a decision do not risk to buy U.S. soybeans, especially in light of possible restrictions on imports of soybeans from the United States. Now the American soybean 85 $/ton cheaper than Brazilian, that allows China to import soybeans from the United States, even subject to payment of 25% duty.

However, even lower prices have not activated the purchase of Chinese importers of U.S. soybeans.

Traders expect a new report by the USDA once again increased the forecast of soybean crop in the United States, as experts Boomberg improved the yield to 52.3 bushels/acre vs. the August USDA's estimate of 51.6 bushels/acre.

President trump reiterated the need for the introduction of import duties on goods from China, but not $ 200 billion, and 267 billion $, although she noted that he was ready to personally solve trade disputes with the Chinese President.

the swine flu Virus that caused significant damage to livestock, inhibits the import of soybean. Experts CNGOIC said that the refusal to supply USA with total imports of soybeans in the current marketing year will decrease by 10 million tonnes to 86 million tonnes.

However, it is unlikely that China will completely abandon the soy from the US, since Brazil traditionally reduces the volume of exports of soybeans at the end of October, and from November to March in the global markets is the leader of U.S. soybeans.

Add a comment to news item: Further the export of soybeans from the United States will depend on the political situation

Add a comment to news item:
Further the export of soybeans from the United States will depend on the political situation