The prospects for the new crop put pressure on wheat prices 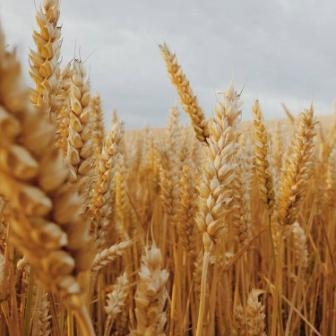 the Increase in export sales to record levels has not led to higher prices for wheat in Chicago, which testified to the increasing pressure on the market of good prospects for new crop.

According to the report of USDA, export sales of US wheat over the week grew by 48% to 704,7 million tonnes, far exceeding expert expectations and is approaching the record for the current season.

the May wheat futures in Chicago fell as investors began to take profits after two days of growth. While hard winter wheat in Kansas city for data about active exports have continued to rise.

Improved weather conditions in the Midwest will intensify sowing of spring wheat futures in Minneapolis which yesterday lost 1.5%, while overall per month – 7%.

the Increase in acreage under wheat in Canada, due to problems with exports of canola will become an additional factor of pressure on prices.

Thanks to favorable precipitation and increased projections of wheat production for India, Pakistan and West African countries, which will reduce the import against the background of growth of the volume of proposals.

the May wheat futures in the U.S. had the following dynamics:

Active demand for wheat old crop supported prices, while precipitation in the us has made concerns about the fate of the next harvest.

In Ukraine, wheat prices almost unchanged, although in some ports and the lack of supply of quality grain traders increased the price of wheat in an attempt to close the previous contracts.

the price of wheat of the new crop remain at the level of 165-175 $/t for deliveries to the port in July, but manufacturers are in no hurry to conclude agreements and ignore the probability of a sharp decline in prices in the harvesting period.

Add a comment to news item: The prospects for the new crop put pressure on wheat prices

Add a comment to news item:
The prospects for the new crop put pressure on wheat prices