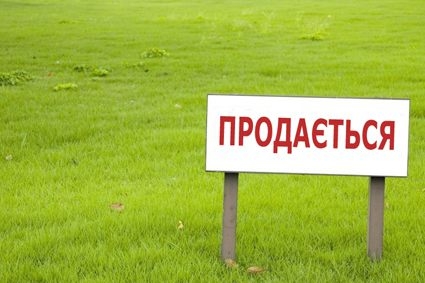 In September or October of the current year to the Parliament will be submitted draft law on turnover of agricultural land, - said the head of Ministry of agrarian policy of T. the Corner.

According to officials, the ban on the sale of such lands, which is valid until the end of the year, will be extended for the next year. At the same time it is planned the creation of a market for long-term lease.

the Minister expects the bill will be tabled in Parliament in September, or early October, and before the end of the year will be voted in the second reading.

Earlier it was planned that the draft law on turnover of land will be published on the website of the Ministry of Agrarian policy at the beginning of July, but this did not happen. This document, the Ministry proposes to introduce in the country the market long-term lease of agricultural land, and to provide for the probability of sale of this lease.

At the time, the state gratuitously distributed population is a huge asset, which was to attract industry investment. However, the prohibition of sales of land does not allow this asset to work. The Minister says that "sale of land at the current composition of the Verkhovna Rada will not be supported by society for fear that, using the difficult situation of the peasants the land will be bought at competitive prices.

So he offers to not sell the land and rights to its lease. In such circumstances the owner retains the shares and receives significant compensation, and the farmers there is the prospect for many years. Today, the agreements with individuals concluded for 7 years, so it is difficult for companies to plan their own production cycles, especially if they are associated with the construction of new facilities. It is planned that in addition there will be the possibility of collateral rights of long-term land lease.

This mechanism will be beneficial to farmers and lending institutions. Manufacturers will get cheap loans, and bankers – the reliable provision of loans. After it will be possible to sell and pledge of rights of rent, will operate the mechanism of formation of land prices. If the value of the land will begin to grow, it will be evidence of the development of the industry, the availability of profitability.

Add a comment to news item: Parliament will extend the moratorium on sale of agricultural land until the end of 2017

Add a comment to news item:
Parliament will extend the moratorium on sale of agricultural land until the end of 2017