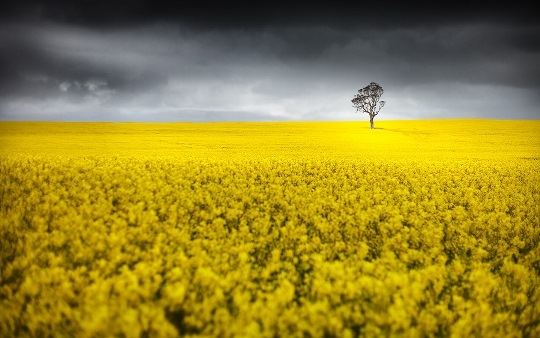 on Friday the Australian representative office USDA has dramatically increased the forecast of sowing and rapeseed production in Australia in the new season compared to the previous marketing year.

the most severe drought in two decades last season in Australia has damaged crops and reduced production of all grains and oilseeds.

“this season last rainfall increased the moisture content in the soil, which should contribute to the expansion of planting acreage and improved yield prospects in 2019/20 years,” says the USDA.

According to the forecast of the yield of rapeseed will total about 1.37 t/ha, slightly higher than in the previous year, which suffered from drought, so in case of good weather the harvest may also increase.

This will allow to increase exports of canola to 2.4 million tonnes, a third more than last season, and according to the forecast 60% of this amount will be sent to EU countries.

a Decline in prices for canadian canola after the political restrictions on imports of canola to China, and falling prices for European rapeseed under pressure from lower prices for soybeans and other oilseeds will increase imports of rapeseed in the EU, where the projected reduction of gross yield due to the reduction in acreage.

on the other hand, the projected growth in production in Ukraine, Australia and Canada, with reduced demand from China could cause serious competition for the EU market, and to lower prices for rapeseed in the near future.

the Forward prices for Ukrainian rapeseed has decreased to the level of 385-390$/t delivery port in July and August, but producers are not in a hurry to sell at that price in the hope of higher demand from the EU.

Add a comment to news item: Rainfall in Australia will dramatically increase the sowing area and gross yield of rapeseeds in the new season

Add a comment to news item:
Rainfall in Australia will dramatically increase the sowing area and gross yield of rapeseeds in the new season