China is reducing pork production and consumption of soybeans 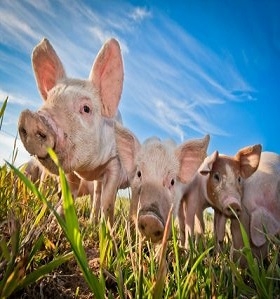 According to analysts, Cargill, China will be able to completely eradicate ASF, which destroys the population in the largest country of origin of the pork, not earlier than 10 years.

the Disease, which within 10 days of killing the infected animals, has spread to most provinces of the country.

According to experts, the official word from the government about the reduction in the number of 24% is too optimistic and the real figure this year may reach 45%.

Since August, when the virus appeared in China already has more than 140 outbreaks, which forces the country to increase meat imports. Measures to strengthen control over safety of animals could not effectively fight the disease, since a significant portion of the industry operates in the shadows.

at the same time pork imports increased other types of meat because consumers are afraid to get a virus, although he is not striking people, and give up pork.

After renewed negotiations between the US and China recently stepped up the purchase of American agricultural products, and after the June meeting of the presidents pledged to increase the volume of purchases.

Add a comment to news item: China is reducing pork production and consumption of soybeans

Add a comment to news item:
China is reducing pork production and consumption of soybeans