The Cabinet began developing a Concept model of the land market 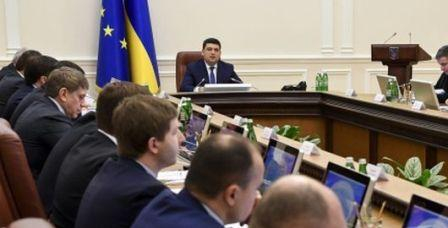 Government on may 29 held a meeting to discuss and establish the Concept of national model of the land market.

His vision of the principles of the new reform was expressed by the Minister of economic development Sec. Stepan kubiv, Minister of Finance A. danyluk, members of relevant parliamentary committees, representatives of local authorities, heads of national associations of producers and farmers.

the participants of the meeting have convincingly resolved the issue of the introduction of the market turnover of agricultural lands and reached a common position that first and foremost you need to decide which model will be the most profitable for Ukraine, will consider the interests of domestic farmers and promote rural development, and then discuss the mechanism of its implementation.

it Was decided to establish an interdepartmental working group, which will include representatives from the government, BP, agricultural associations and industry experts.

the draft concept of the Ukrainian land market, which will later become the basis for corresponding legislation must define clearly the restrictions and incentives for all market participants. After creating the project will be discussed with regional communities. Due to a phased introduction of the turnover of agricultural lands will be taken into account cautions all involved in the process.

a Common task of all political parties and the public should be to consolidate the efforts to create a "road map" of land, transfer of discussion from the political to the practical level.

during the week, the working group will prepare a concept of the initial stage of land reform, and after discussion the Concept will be approved by the Cabinet.

All participants agreed that the moratorium on alienation of lands is outdated and expressed their desire to actively work on the creation of the concept of the land market.

Add a comment to news item: The Cabinet began developing a Concept model of the land market

Add a comment to news item:
The Cabinet began developing a Concept model of the land market