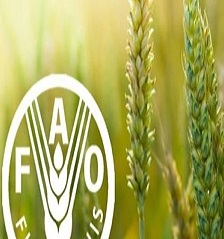 compared with December, the index of food prices FAO rose 0.7% to 182,5 p, which is 11.3% more than in Jan 2019 primary reason for the increase was higher prices of vegetable oils, sugar and wheat.

the Index of prices on vegetable oil for the month increased by 7% to a 3-year high due to higher prices of palm, soybean, sunflower and rapeseed oil. However, in the second half of January, prices began to decline after the outbreak coronavirus in China and through the tension between India and Malaysia.

the price Index for sugar increased by 5.5% due to production cutbacks by several major producing countries. Rising prices have limited the devaluation of the Brazilian real and the fall in oil prices, which increased demand for cane from ethanol producers.

the price Index for cereals rose by 2.9% due to the growth of wheat in quotations, followed by the active demand increased prices for rice and corn.

the price Index for dairy products rose 0.9% thanks to strong demand for butter, cheese and nonfat dry milk.

Meanwhile, the meat price index after 11 months of growth for the first time decreased by 4% due to the reduction of purchases in China and the far East.

In Argentina, the corn harvest will rise due to the favourable precipitation and increase in acreage, while in Brazil the corn lingers due to too slow of harvesting soybeans.

of sowing Area of winter crops to smeetsja in Ukraine, the US and the EU, in particular, a strong precipitation in France and the UK have reduced acreage of winter wheat. Simultaneously in India and Pakistan, the sowing area of wheat will grow, and Russia reached a record value.

According to FAO estimates, global consumption grains in 2019/20 Mr tbilisisa in comparison with the previous season's 1.2% to 2714 million tons due to aktivnomu the use of corn in the United States as forage.

World grain stocks at the end of 2020 will amount to 863,3 million tonnes, which is slightly inferior to the initial level. The index of ratio of inventory and consumption is 30.9%, which by historical normie corresponds to a favorable level.

by increasing the supply of wheat from the EU and Ukraine in Asia, the volume of grain trade in 2019/20 MG will grow by 2.3% to 420,2 million tonnes, which will be the second historical figure.

Add a comment to news item: Indices FAO food price are rising for the fourth month in a row

Add a comment to news item:
Indices FAO food price are rising for the fourth month in a row