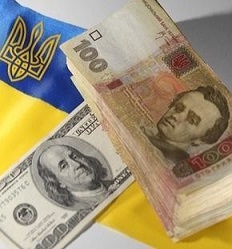 on Friday, the hryvnia rate on the interbank market increased by 14 cents from 26.28/of 26.30 to of 26.13/26,16 UAH/$ due to the large volume of proposals of currency from non-residents who sell it on the eve of the June 25 auction of government bonds. Residents also actively sell the currency to close the obligations to the budget.

Speculators are unable to undermine the market, therefore, the national Bank officially on sale is not out, although anonymously through a system of Matching was buying foreign currency to maintain the rate.

amid growing sales of government bonds and the successful placement of Eurobonds, the hryvnia strengthened even despite the cancellation of mandatory sale of foreign currency earnings, the decision that the national Bank adopted on 20 June to facilitate doing business in the country. According to experts, the NBU, the cancellation of mandatory sale of foreign currency will reduce the offshoring of calculations of domestic exporters and will have a negative impact on the stability of the exchange rate, since the business currently sells almost 90% of foreign exchange earnings.

Ukraine has received 1 billion euros from the placement of government bonds through the Irish stock exchange Euronext Dublin with a yield of 6.75% and maturing on 20 June 2026.

At the end of the weekly auction, the investment of nonresidents in government bonds grew by UAH 2.5 billion or 5.2% to 51.2 billion. In comparison with the beginning of year this indicator has increased by 8 times or by UAH 44.8 billion.

investments in the Ukrainian currency experts see this as an opportunity to preserve and increase the assets in the backdrop of escalating tensions between the US and Iran and the depreciation of the dollar relative to other currencies. Investors are looking for assets with little correlation relative to global markets due to fears of an escalation of trade wars and a slowdown in the global GDP. They are buying Egyptian pound and the Ukrainian hryvnia, having double-digit yield, while the yield on 10-year securities in the United States is slightly higher than 2%, and in Japan and the EU countries, it has a negative value.

Investors expect that the new government in Ukraine will continue reforms and fight against corruption, which will stabilize the hryvnia in the near future.

Add a comment to news item: The hryvnia on the interbank market is strengthened through the investment of non-residents

Add a comment to news item:
The hryvnia on the interbank market is strengthened through the investment of non-residents