The dollar continues to decline against world currencies, but not in Ukraine 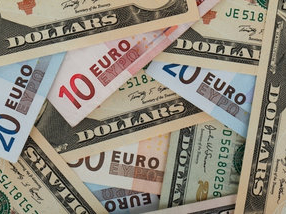 the Dollar held at a minimum of 30 months in tandem with the Euro, while the dollar index is at the lowest level in 14 months after minutes of the Federal reserve system.

the General tone of statements of the Federal reserve was soft enough to expectations of a third rate hike in 2017 eased back.

While investors almost ignored the signals that the fed will soon, perhaps in September, will reduce the portfolio of assets swollen to $4.5 trillion after three rounds of quantitative easing.

According to the FedWatch tool exchange operator CME, after the July FOMC meeting, no one is waiting for the rate changes in September, while on 25 July, the probability of increase estimated at 8%.

strengthening of the Euro reduces the competitiveness of European products on the world market. Experts predicted the growth of the Euro against the dollar to 1.16 just before the end of the year , so this growth is due primarily to speculative trends on the market.

the Ukrainian hryvnia on the interbank market changed the policy of strengthening to growth of quotations of dollar. Moreover, sellers of currency inspires the increase in payments of VAT refunds to Ukrainian companies and they rely on this extra money at the expense of growth rate. Exporters ready to sell sooner, but only "expensive". Importers in anticipation of the end of the reporting period do not want to postpone your foreign exchange buy and ready to "move"ahead.

Add a comment to news item: The dollar continues to decline against world currencies, but not in Ukraine

Add a comment to news item:
The dollar continues to decline against world currencies, but not in Ukraine