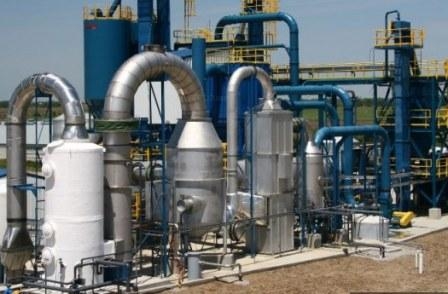 At the end of 2016 Ukraine has increased in comparison with the previous year, the import of chemical products by 40% to 3.3 million. In particular, the import of fertilizers from Russia grew 8% to 2 million tons, at that time, as its own production decreased by 4% to 3.5 million tons.

In March of 2017 for the first time in the history of Ukrainian chemical industry is in the midst of the application season stopped two factories for the production of nitrogen: in Rivne and Cherkassy, which led to the catastrophic situation in the fertilizer market.

the Main reason companies stop believe the gas price hike from September 2016 to March 2017 41.6% to 8,553,60 UAH/thousand cubic meters including VAT. However, some sources call the reason for suspension of gas supply outstanding transportation before Ukrtransgaz. Reliable information has not yet been disclosed.

the price of nitrate within the specified period grew by 27.6% in relation to wheat prices constitute ratio of 1.76, whereas for the European market is considered normal factor of 1.8 and 2.1. That is, the prices on the Ukrainian market is quite profitable and have a growth if the fertilizer will be imported from the Middle East or Mediterranean countries. Now, however, this is not serviced by appropriate infrastructure.

Russia remains the only alternative suppliers of fertilizers in Ukraine. Russian nitrate today is 195-197 $/t on DAF border of Ukraine, or 6400 UAH/t at the station Konotop/Bakhmach. Suppliers have learned to circumvent anti-dumping duties, and in February was delivered in Ukraine 67 thousand tons (monthly quantity of the same manufacturer) Russian NPK 33:1:1, which is an almost complete analogue of ammonium nitrate.

Add a comment to news item: Through the reduction in the production of mineral fertilizers from Ukraine boosts import

Add a comment to news item:
Through the reduction in the production of mineral fertilizers from Ukraine boosts import