Argentina has imposed a duty on grain exports 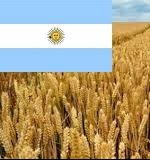 After the sharp devaluation of the peso and the increase in the budget deficit, Argentina has again tightened restrictions in the export of agricultural products.

the country's President Mauricio Macri said that he was forced to raise export duties, although the main promise of his campaign programme in 2015, which brought the victory, was the abolition of the tax on exports of corn, wheat and soybeans.

the Tax for NAPERVILLE exports, which includes oil and products will be 3 pesos to 1$ the goods that are exported, which will represent the tax rate of 7.8%.

the New regulation comes into force on 4 September and will operate until 2020.

the Introduction of additional duties will boost prices of Argentine soybeans, oil and meal, which will strengthen world prices for these crops.

Add a comment to news item: Argentina has imposed a duty on grain exports

Add a comment to news item:
Argentina has imposed a duty on grain exports