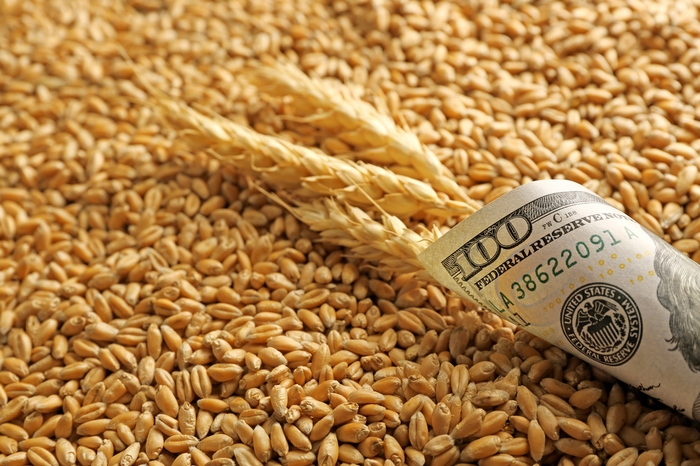 Uncertainty is growing on global markets with wheat price trends amid possible crop problems in the United States, Canada and Russia, as well as a possible reduction in exports by major producing countries.

In Chicago, soft wheat is getting more expensive for the 6th consecutive session, closing the gap from spring wheat, which rose rapidly earlier. At the same time, durum spring wheat prices in Minneapolis are falling for the second day in a row amid rain in North and South Dakota, although dry and hot weather will prevail there until the end of July.

Rains delay wheat harvesting in Europe. Now it is threshed only on 4% of the area compared to 42% last year, but next week dry and hot weather will speed up harvesting.

French wheat turned down after reaching a 2-month high yesterday. Traders believe that the slower growth of prices for Russian wheat than for French wheat indicates the low competitiveness of the latter.

Despite the increase in wheat supplies, buyers are in no hurry to step up their purchases.

The State Trade Corporation of Iran (GTC) did not sign a single contract at the tender for the purchase of 60 thousand tons of flour – milling wheat of any origin for delivery in August-September.

Thailand also refused to buy 138 thousand tons of feed wheat at the tender for delivery in October – December due to high offer prices of 3 308-318/ton C&F.

The volume of supply of Black Sea wheat exceeds demand, so supply prices are decreasing and for deliveries in August – September they amount to 2 242-250/ton FOB. Offer prices for European wheat remain at F 240-255/ton FOB, which limits the rise in the price of Black Sea wheat.

Add a comment to news item: The decline in spring wheat prices was a signal for a market reversal

Add a comment to news item:
The decline in spring wheat prices was a signal for a market reversal