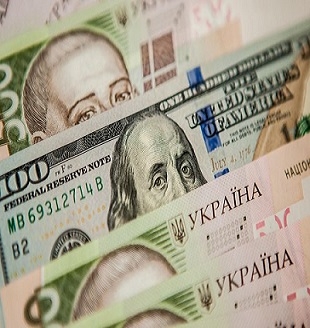 Speculative effect on the currency caused by the resignation of the head of the NBU due to political pressure, gradually weakened, and the market returns to normal economic activity.

Amount of currency on the interbank market on Monday increased output due on Friday in the U.S., and on Tuesday – as a result of the Treasury's regular auction of government bonds, which helped to stabilize the hryvnia exchange rate.

Cancel placement of Ukrainian Eurobonds, 1.75 billion after the resignation of the head of the national Bank alerted market, so analysts closely followed the sentiment of investors at the next auction on placement of t-bills. According to its results, the Finance Ministry attracted to the budget of 312 million UAH, which is 4 times less than in the auction on 30 June, when it sold bonds to 1,272 billion.

Recall that the national Bank since June 12, has lowered the interest rate from 8% to 6% per annum to support the domestic economy, then the yield of government bonds in the secondary market fell sharply.

Increase in foreign exchange earnings from the sale of agricultural products in the near future will increase pressure on the hryvnia, but the national Bank is likely to keep the rate in the range of 26.5-27 UAH/$, which at the moment satisfies both exporters and importers.

Add a comment to news item: Reduce the speculative pressure lowered the exchange rate below the level of 27 UAH/$

Add a comment to news item:
Reduce the speculative pressure lowered the exchange rate below the level of 27 UAH/$