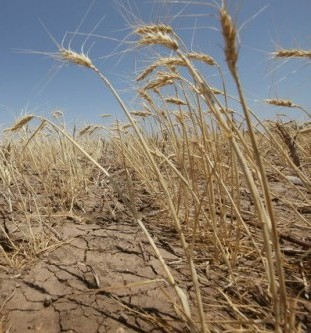 Yesterday the Association of German farmers (DBV) reduced the forecast of grain production in 2018 by 20% to 36 million tons due to the extreme heat, which in may was the strongest since 1881. The production of wheat in Germany, which is the second after France grain producer in the EU, will be reduced by 25% to 18 million tons.

the U.S. market was moving yesterday following the European, but the growth is limited poor export demand for wheat.

With the support of European exchanges, prices for black sea wheat grew 224-230 $/t FOB for shipments in September-October.

grain Export from Ukraine in July was 9.4% less than last year and amounted to 2,214 million tons, in particular:

Add a comment to news item: The decrease of the production forecast for Germany has raised prices to a new high

Add a comment to news item:
The decrease of the production forecast for Germany has raised prices to a new high