The lower demand for oil lowers the price of sunflower 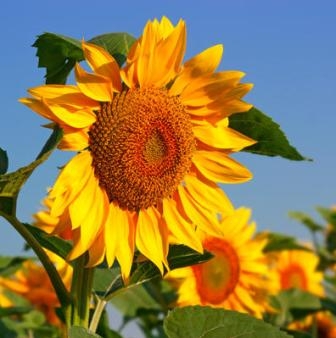 the Purchase price of sunflower in Ukraine after a temporary rapid growth again resumed the fall after the world prices for vegetable oils, for which demand decreases with increased offers from South America.

After the collapse in oil prices that pulled down the markets for palm and soy oil, sunflower prices fell by 200-300 UAH/t to 11100-11800 UAH/t with delivery to the plant. Ukrainian sunflower oil is also suffering from increased competition from Argentina and the pressure of low prices for other vegetable oils. Bid prices of Ukrainian sunflower oil will remain at a high level 700-710 $/t FOB, while the bid prices do not exceed 690 $/t FOB.

Argentina due to dry weather soybeans collected already by 56.4% of the area, and the harvest forecast remains at 50 million tons of Processors actively reduce bid prices to increase exports. Soybean oil is offered at a 580 $/MT FOB, and sunflower – for 670 $/ton FOB.

the Argentine Exports of soybean oil to India in March decreased by 40% to the lowest since February 2014 level 201,5 thousand tonnes, and sunflower to 32 thousand tons, accounting for only 33% from March 2019 India buys 70% of soybean oil, which exports to Argentina.

amid the recovery in business activity in China and demand for vegetable oil on the stock exchange in Dalian futures for soybean oil increased by 2.6%, palm – 0.9%. In March, China imported only 220 thousand tons of palm oil, which is twice lower than the corresponding period last year.

July futures on palm oil exchange in Malaysia yesterday rose 2.1% to 2119 Ringgits/t or 486,5 $/t on the background of recovery in global oil prices.

Futures for soybean oil in the United States during the session also increased by 2.5%, but at the end of trading fell to 577,6 $/t, having posted a daily growth rate of 0.7 percent.

Global oil prices in may and June will remain low, so the demand for vegetable oil from the biodiesel industry will not grow, and prices will depend on the recovery of demand from major consumers China and India.

Add a comment to news item: The lower demand for oil lowers the price of sunflower

Add a comment to news item:
The lower demand for oil lowers the price of sunflower