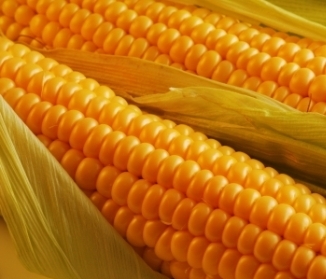 the corn Futures in Chicago are down due to concerns about a possible slowdown of the global grain trade by the spread of new coronavirus.

Hopes of traders in the intensification of corn exports from the United States after signing a trade agreement with China breaks decline in trading activity from Chinese buyers caused by the long new year weekend and to halt the activities of many companies through quarantine.

March corn futures in Chicago yesterday fell to 148,8 $/t, but at the end of the session due to speculative purchases of traders recovered to 150,1 $/t

the Market has supported the growth of weekly exports of corn from the United States to 669 thousand tons, which exceeded expert expectations.

new year's weekend in China will last until January 30, so the reaction kitaiskih exchanges to a new epidemic will become clear on Friday. However, the government may extend the time for celebration, to reduce the spread of the disease.

In Ukraine corn prices last week increased to 175-176 $/t CPT-port, while prices on FOB did not exceed 182-184 $/t. it was Expected that Ukrainian corn continues to go up, however, under pressure from falling prices in Chicago prices at the port fell to 174 $/t For the week, corn exports from Ukraine increased by 26% to 1.06 million tonnes.

the EU for a week imported 220,6 thousand tons of maize, of which 144,5 thousand tons were purchased in Spain. This season's corn imports in the EU amounted to 12.6 million tonnes, which is 6.5% higher than the corresponding figure 2019

Add a comment to news item: The decrease in quotations of corn in Chicago is pressuring prices in Ukraine

Add a comment to news item:
The decrease in quotations of corn in Chicago is pressuring prices in Ukraine