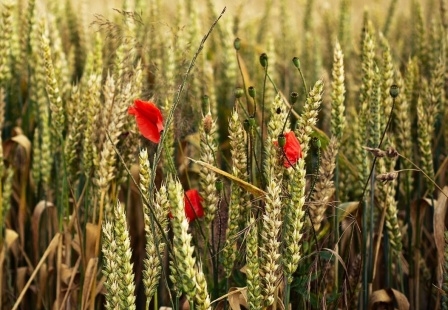 last week the news about the growth of demand for wheat by Algeria and the intention of Saudi Arabia to increase the import of wheat, 3.5 million tons were able to stop a decline in wheat quotations, despite exposure to significant volumes of ending stocks of grain.

currently, market participants expect the release of USDA reports, in which forecasts of end-residues and consumption of wheat in the world and the United States.

FAO forecasts a further increase in world reserves is 6 million tons to a record 246,5 million tons, which will meet final level at 25.4% of electricity consumption and equivalent to three months demand. It is by 20.5% more than in 2007/08, when due to tension in the supply, sharply higher prices.

just Before the end of the marketing season special attention market participants pay to the exports and I hope that they will remain at the forecast levels, or the remnants will gradually be transferred to the next season.

Now the volume of weekly supply in USA is much less predictive and are only 566,1 thousand tonnes against the average of 783,9 thousand tons, which is required to achieve a particular USDA exports of 27.9 million tonnes At this rate of shipment, the final balances will increase by 5.9 million tonnes.

last week on the stock exchanges there was a technical rebound after a long fall. The price rose to the resistance level at 434 cents/bushel. Then it will continue moving down or will fluctuate in the corridor 420-430 cents/bushel. Immediate objectives are the levels 410-415 cents/bushel.

Prices for Russian wheat has not changed and amount to 190 $/t FOB Novorossiysk, 169 $/MT FOB Rostov.