The increase in forecast rapeseed production puts pressure on prices 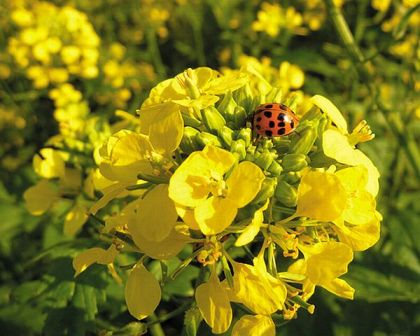 According to the updated balance of Oil World, world production of rapeseed in 2017/18 MG will increase by 0.9 million tons to 64.2 million tonnes.

For Ukraine, the harvest has increased from 1.3 to 1.9 million tonnes. However, production cuts in India, Australia and China will increase the volume of the world offers only 1% to 70,12 million tons.

the Largest importer of rapeseed are China, which will be able to buy 4.31 million tons of seeds that becomes the greatest volume of imports, starting in 2014/15. However, the record imports of soybeans in China and a decrease in the margin of the local processors can lead to lower imports of rapeseed, which will immediately affect the price.

Following the soybean market thanks to improved weather in Canada prices for canola in Chicago for two days has fallen from 530 to 521 CAD (from 416 to 402 $/t).

rising prices at Euronext within two weeks from 356 to 376 EUR/t yesterday gave way to fall at 1.25 Euro/ton, which will continue after the decline in prices of soybeans and canola in Chicago, and with the progress of the harvest in the EU.

Add a comment to news item: The increase in forecast rapeseed production puts pressure on prices

Add a comment to news item:
The increase in forecast rapeseed production puts pressure on prices