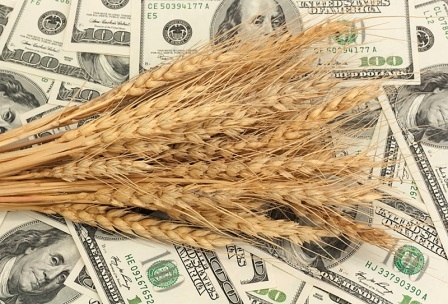 Experts state French Agency FranceAgrimer several months increase the forecasts of export wheat from the country in 2019/20 Mr. Yesterday, they raised it in comparison with estimates of January for a further 20 thousand tons to 20,742 million tons, which is 20.9% higher than the figure recorded 2018/19 Mr.

the Chicago stock Exchange after falling on the eve of the almost 2-month low on Wednesday turned up by speculators, who expect a strengthening of the commodity markets against the background of slowing the spread coronavirus around the world. Although today the Asian markets opened down on the news that the official statistics of China does not correspond to the actual situation.

Experts predict weekly export sales of old crop wheat from the United States at the level of 300-600 thousand tons.

the Beginning of the spring works in the southern regions of Russia encourages manufacturers actively sell the wheat, which leads to lower domestic prices and boost exports.

According to forecasts of the Ministry of agriculture, this year due to the warm winter field work will begin earlier many years of average time, so the manufacturers are already beginning to dismiss the vault for future harvest. According to Rosstat, in January carry-over stocks of grain were 36.4 million tons, which is 1.8% more than in January 2019.

Add a comment to news item: An increase in the forecast of wheat exports from France to increase pressure on prices black sea grain

Add a comment to news item:
An increase in the forecast of wheat exports from France to increase pressure on prices black sea grain