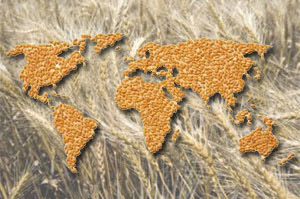 the Dry weather is becoming a factor of influence on the European grain market. On Thursday, this caused the growth of prices for French wheat supply in September.

In Western Europe overtime, the temperature is kept for two weeks in a row, forecasters predict the same situation for the next 10 days. According to the met office France, the deficit of moisture in the soil is 10% in large parts of the country.

In Thursday trading on the U.S. stock exchanges passed in the negative territory. Only at the end of the trading day the rates increased. One of the factors - speculation about the weather.

Talking about the possible impact of drought on the yield of the new grain has spread from the US and Canada on Sahan Europe, Ukraine and China.

In July, the price for the American wheat have risen:

In the center and East of Ukraine there is a lack of rainfall, which may lead to a decrease in yield of grain crops.

Add a comment to news item: Dry weather is becoming a factor of influence on the European grain market

Add a comment to news item:
Dry weather is becoming a factor of influence on the European grain market