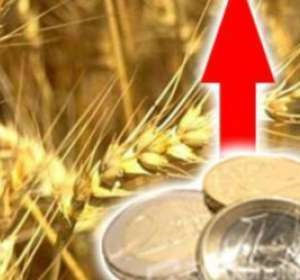 Yesterday, the quotations of American wheat continued to climb on worries about the fate of future crops in the USA, Australia and Russia, where there is now drought.

Monitoring of crops in the US has not confirmed the reduction of drought in the growing regions of winter wheat and planting spring wheat in the North-West may still linger more predictable through the next few days of precipitation.

while Traders did not realize that the weekly exports of wheat from the United States decreased to 409,8 thousand tons, which is by 39.12% less than the corresponding indicator of 2017.

the next harvest in Russia could be substantially reduced through drought conditions in the growing areas of winter wheat and delayed sowing of spring wheat, which is sown 3.5 million hectares or 27.4% of forecast vs. 38% in 2017.

during the week, the EU exported only 12,351 thousand MT of wheat, which was at least 3 last years. In comparison with previous season wheat exports from the EU fell by 21% to 17.76 million tons.

Association of German farmers have reduced the forecast of wheat production in the country in 2018 by 2% to 23.98 million tonnes.

Add a comment to news item: Concern about the fate of the new harvest raises the price of wheat

Add a comment to news item:
Concern about the fate of the new harvest raises the price of wheat