Purchase prices for food wheat in Ukrainian ports have crossed the level of UAH 10,000 / ton 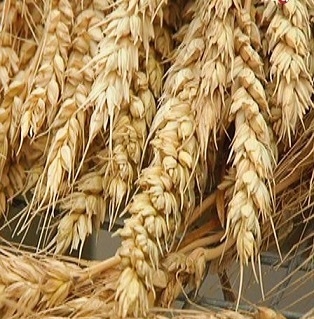 Global wheat prices fell yesterday amid traders ' profit-taking after a rapid increase the day before. However, in Ukraine, food wheat continued to rise in price due to a shortage of supplies and a 2.6% decline in the hryvnia exchange rate against the dollar.

Ethiopia canceled the tender of November 9 for the purchase of 300 thousand tons of wheat, as it considers the price of a single offer for the supply of 150 thousand tons at 3 379/ton CFR too high. It again confirmed the unwillingness of importers to buy wheat at high prices.

On US stock exchanges, traders were also actively taking profits after a three-day price increase, especially given the Thanksgiving weekend on Thursday and the shortened working day on Friday.

Dry weather forecasts for the coming weeks in winter wheat growing regions in the United States, which may worsen the condition of crops, support winter wheat prices.

In Australia, News of a decline in Wheat Quality sharply raised purchase prices, as farmers stopped sales in anticipation of the completion of harvesting and receiving final data on the quality of the crop. Therefore, the markets will have an additional support factor for several weeks.

Filipino importers purchased 100 thousand tons of Australian feed wheat at a tender for delivery in February – March at a price of 3 340-350/ton of C&F.

December Black Sea wheat futures on Chicago SWOT fell by 4 4.25/ton to.347/ton from Tuesday under pressure from lower demand and prices for American and European wheat.

Supply prices for Black Sea Food wheat remain at a high level of 3 340-345/ton FOB, but a sharp decline in demand from Turkey was recorded, caused by the collapse of the lira exchange rate and a rise in the price of imported products.

Add a comment to news item: Purchase prices for food wheat in Ukrainian ports have crossed the level of UAH 10,000 / ton

Add a comment to news item:
Purchase prices for food wheat in Ukrainian ports have crossed the level of UAH 10,000 / ton