Despite the "bearish" USDA report prices for soybeans rose 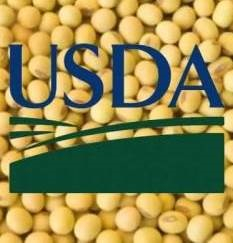 September report USDA the estimation of soybean yields for the U.S. increased from 51.6 to 52.8 bushels/acre, resulting in improved forecast soybean production at 2.9 million tons to 127.7 million tons, while other analysts have estimated it in the range of 126-130 million tons.

the Forecasts of exports and processing of soybeans in the U.S. have remained unchanged, so ending stocks in the current marketing year will grow.

the forecast USDA that China will reduce soybean imports by 1 million tonnes to 93.5 million tonnes, which is contrary to the Ministry of agriculture of the PRC, which considers imports of soybeans will not exceed 83,65 million tons.

After the publication of the report of the November soybean futures in Chicago rose by $4/t to 307,4 $/t as in trading strategies traders already priced in the increase in yield in the United States. Prices were supported by data on positive margins received by Chinese processors even after payment of the 25% import duty on U.S. soybeans.

This suggests that prices for U.S. soybeans have dropped to a minimum level and may soon go to a rise in the event of adverse weather conditions in South America or the progress of a trade dispute with China.

Add a comment to news item: Despite the "bearish" USDA report prices for soybeans rose

Add a comment to news item:
Despite the "bearish" USDA report prices for soybeans rose