Harvest of early grains collected by 40% 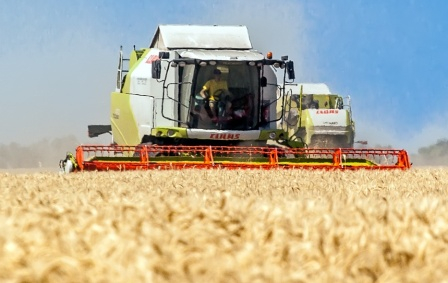 Meteorologists have warned that hot weather, which is stored in the Kyiv region, Poltava, Cherkasy and Kirovohrad will lead to a significant reduction in yield.

drought Center is located in the Kiev region, where fell the least in 60 years the amount of precipitation.

Drought in Ukraine began in April, when the soil moisture deficit began to suffer early cereals (wheat and barley), and then influenced on the yield of late crops – corn and sunflower.

In the Western regions of drought there, and the temperature conducive to good plant growth.

Add a comment to news item: Harvest of early grains collected by 40%

Add a comment to news item:
Harvest of early grains collected by 40%