The harvest of Australian wheat depends on the weather 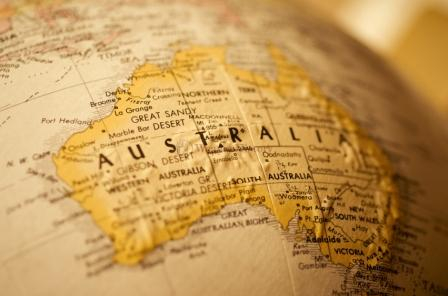 According to international experts, the USDA and IGC, 2016/17 MG Australia harvested a record wheat crop in the amount of 35.1 million tonnes, which is 22% higher than the previous record of the 2010/11 season at 27.4 million tons.

This result was achieved thanks to favorable weather during the growing season and big yields, which compensated for difficult conditions at the beginning of the harvest, when in the Eastern States experienced heavy rainfall.

Experts estimate the export of wheat from Australia to 2016/17 MG at 24 million tonnes, down from 16.1 million tons of 2015/16 season. The main buyers of Australian wheat remain Indonesia, Malaysia, Japan and South Korea, Vietnam, the Sudan.

this season, the Australian sellers are experiencing strong competition from black sea grain that has a low price.

following a substantial increase in wheat production in 2016/17 MG, next season, the Australian harvest will be significantly reduced due to dry weather. Rainfall in the major States producing wheat in two times below average standards. The greatest crop losses threaten Western Australia. Even heavy rain, the last in early August, will not be able to compensate for the effects of the drought in June-July in the Western and southern regions. And in the North-East of the country rain did not exist.

According to the estimates of meteorologists, the precipitation deficit will continue in September, that the wheat yield is 50% below annual averages.

national Bank of Australia estimates the wheat crop in 2017/18 MG at 22.7 million tons, while experts predict it USDA at 23.5 million tons.

it is difficult to assess the export prospects of Australian wheat, as they will largely depend on the volume of yield and quality, and demand from buyers. IGC analysts believe that the export of wheat in 2017/18 MG will be reduced to 19 million tonnes against a record 24.1 million tonnes of 2016/17 season.

While traders had turned the attention of Canada where the end of the wheat harvest, in Australia, where it is possible to reduce the gross harvest may cause an increase in world prices.

Add a comment to news item: The harvest of Australian wheat depends on the weather

Add a comment to news item:
The harvest of Australian wheat depends on the weather