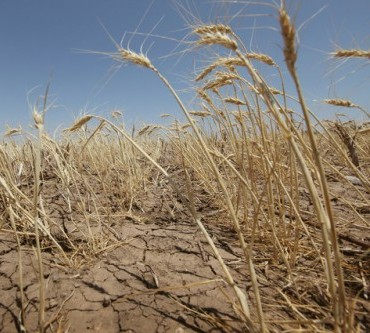 the Increase in air temperature and lack of rainfall in the United States promoting the sowing of spring crops, however, damage the winter wheat crop, which is suffering from drought.

Wednesday the price of American wheat continued to grow, in particular soft wheat futures in Chicago rose by 3% and reached a 7-week high.

Experts said that the condition of winter wheat will not improve. This has led to significant investors closing short positions in Chicago and Kansas city.

Wheat in Minneapolis is going up due to the delay of sowing in the North American Plains, caused by low temperatures on the soil.

Optimism traders added Algeria announced a tender for the purchase of soft wheat in the new season. At the previous auction on April 3 Algeria acquired 388 thousand MT of French wheat at a price 229,39 $/t C&F.

the South Korean operator of optional origin canceled the tender for purchase of maize and acquired instead of it 63 thousand tons of feed wheat at a price of $220/MT CFR for delivery in September.

Add a comment to news item: The lack of rainfall supported wheat prices

Add a comment to news item:
The lack of rainfall supported wheat prices