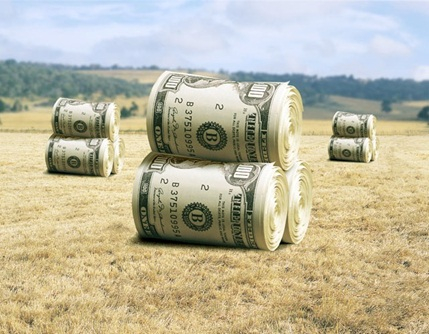 in General in 2017, the Ukrainians leased 16.9 million hectares of agricultural land.

However, the actual cost of renting land shares exceeds official data because the competition among manufacturers drives them to offer land plots for additional funds in the amount of 5-10 thousand UAH in the form of bonuses for signing a lease agreement (which increases the cost of the lease for another 1-1,2 thousand UAH), plowing of kitchen gardens, and the like.

due to the cost of the land lease 25% of the cost of material and technical resources to 15-20% of the profitability of agricultural production in 2018 will continue to decline.

prior To the introduction of market of agricultural land, which may will work in Ukraine from 2019, the government instructed Derzeitiger with Minagropolitiki to hold up 31.08.2018 G. a national assessment of land.

the Opening of a land market will force the manufacturers of the working capital to spend on the purchase of land and not to invest in production that the pace of development of the agricultural sector can decrease.

Add a comment to news item: The cost of renting land shares for the year increased by 25%

Add a comment to news item:
The cost of renting land shares for the year increased by 25%