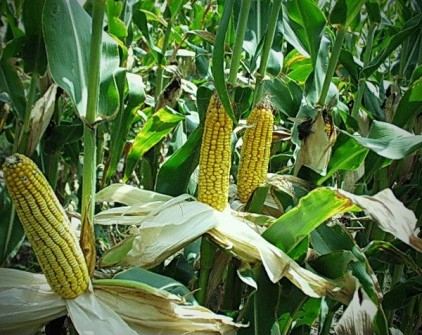 the November USDA report collapse of world corn prices, which caused a decline in demand for Ukrainian corn. The purchase price on conditions CPT-port decreased by 2-3 $/t to 145-148 $/t or 4500-4700 UAH/MT depending on terms of delivery.

the Purchase prices at the domestic grain elevators have fallen by 100-200 UAH/t to 4000-4150 UAH/t due to the complexity of sending the goods to the port, due to the lack of Railways free of grain wagons.

the December corn futures in Chicago increased to 140,4 $/t due to the increased consumption of corn for ethanol production and rising prices for ethanol and sugar.

the Increasing use of corn for ethanol contributes to the high humidity of U.S. corn during the current season due to a delay in harvesting and later maturation. For deliveries by barge corn with a moisture content of 14.5% of the traders pay the additional premium of 1.5-2 $/t

the March quotations for raw sugar in new York rose 2.7% to of 15.28 cents/lb or 336$/t due to the increase in the processing of cane to ethanol in Brazil and the reduction in sugar production.

at present, traders are watching the progress of sowing in South America, because only the lowering of the forecast harvest of the local corn may lead to higher world prices in the coming months.