In season 2017/18 MG increase the supply of soybeans 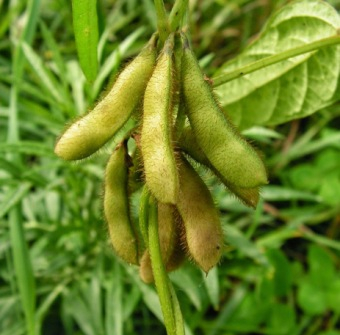 For major manufacturers soybean estimating gross collection remained unchanged. World exports in comparison with the season 2016/17 will increase by 4.4 million tonnes to 149,06 million tons estimated by the USDA or to 147,9 million tonnes according to the IGC.

the Estimate for ending stocks increased by 3.4 million tons to 92.2 million tons, slightly inferior record remains of the 2016/17 season at 93.2 million tonnes and is the second highest value in history.

Consumption of soybeans will increase in comparison with the current season by 12.2 million tonnes to 351,6 million tons, whereas in 2015/16, this indicator amounted to 319.8 million tons.

the soybean Market heavily dependent on imports in China, which reported a decrease in procurement of oilseeds, however, continues to import significant volumes.

Heat in the United States caused a sharp increase in prices in Chicago, despite the fact that in growing regions of soybean and corn the weather conditions are quite good. During the week, soybeans rose from 340 to $360/ton, and soybean oil from 736 to 740 $/ton.

Add a comment to news item: In season 2017/18 MG increase the supply of soybeans

Add a comment to news item:
In season 2017/18 MG increase the supply of soybeans