In the new season, the acreage under soybean will increase at the expense of wheat and corn 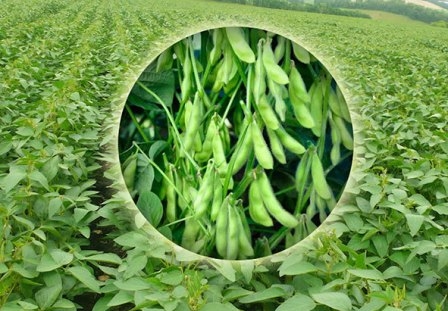 According to the report of USDA about the area, planned to plant crops in season 2017/18 us farmers will sow soybeans record high of 89.5 million acres, while reducing the area under wheat and corn.

the Soybean market is very sensitive to delay planting corn, perceiving them as a potential to increase the acreage of oilseeds, particularly in the current environment, when the corn is delayed due to the cold and excessive precipitation.

Large remnants of the past harvest, improved yields in South America and the likely expansion of acreage under soybean in the United States strongly constrain current world prices. After the January strengthening prices up to 380 $/t, now they retreated to the post-harvest minimum level of $350/t, USDA changed its forecast of the average producer prices in the 2016/17 season 350-360 MG to $/ton.

the Demand for soybean oil were weaker than expected, which led to an increase in its reserves.

reasons for price changes for soybeans can appear not earlier than 15 may, when matured will be the first data on the acreage under maize.

In Ukraine, prices for soybeans continue to fall through lower export demand and a lack of interest in the oil by traders, some of which have stopped the purchase.

beans are high in protein processors are willing to pay additional premiums.

Add a comment to news item: In the new season, the acreage under soybean will increase at the expense of wheat and corn

Add a comment to news item:
In the new season, the acreage under soybean will increase at the expense of wheat and corn