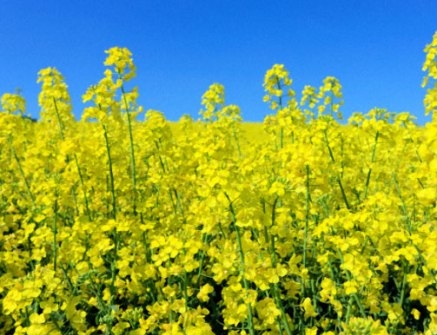 a Long political standoff between Canada and China affect the structure of production of agricultural products in Canada. Local farmers will reduce acreage Canalou in favor of wheat and maize, starting with the February purchase of canola almost stopped.

According to StatCan, in comparison with the previous season's acreage of canola will decrease by 6.6% to 21.3 million acres that will become the lowest rate in 2016 and nearly 0.5 million acres will yield to the expert expectations. While the acreage under wheat will increase by 3.8% to 25.7 million acres, corn – 4.6% to 3.8 million acres.

During the first half of April it was exported 151 thousand tonnes of canola, and the total exports in the season for 600 thousand t inferior to last year, resulting in carry-over stocks of canola in Canada will rise to a record 3.5 million tons.

amid falling prices for soybean may futures on canola in Chicago Monday fell 1.4% to a three-year low - 447,9 CAD/t or 332,02 $/t Yesterday after the publication of the StatCan report there have been minor adjustments, but in the near future prices will push low export demand.

On Euronext after Easter, may and August futures on rapeseed decreased to 363 €/t or 404,8 $/t, despite a decrease in production forecasts in the EU and report data StatCan.

Low prices for soybeans continue to put pressure on the rapeseed market, so the new season is expected to increase imports by the European Union that is soy, not canola.

Add a comment to news item: In the new season of Canada will reduce the acreage of canola

Add a comment to news item:
In the new season of Canada will reduce the acreage of canola