In 2018, India will increase production of wheat and refuses to import 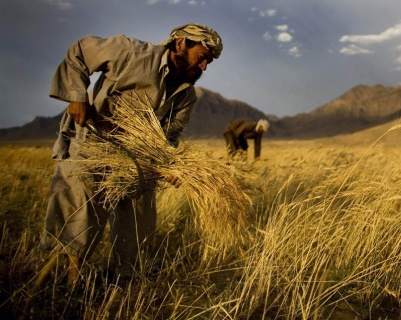 the Indian government hopes that thanks to the good weather and state support in the form of a guaranteed purchase price for local farmers in 2018 will increase the acreage under wheat (at least 5%) and legumes. In addition, experts believe that in the 2018/19 season, which in India starts on 1 April, the country for the first time in 3 years refused to import wheat.

Government holdings as on November 1 stood at 23.9 million tonnes, which is 27% higher than the previous year.

Own production fell through a severe drought in 2015 and 2016, so the country is actively imported wheat, mostly from Ukraine, Australia, Russia and Bulgaria. In the season 2016/17 imported highest for 10 years 5.75 million tonnes of wheat.

it is Expected that farmers 20% increase in acreage under chickpea, because it has a higher yield than oil. In India, chickpea is the major winter legume. Increased production will reduce imports in the season 2018/19.

In the 2016/17 season, India increased its imports of peas by 41% to a record high of 3.17 million t. the Main suppliers of steel peas Canada, Russia, USA and France.

Add a comment to news item: In 2018, India will increase production of wheat and refuses to import

Add a comment to news item:
In 2018, India will increase production of wheat and refuses to import