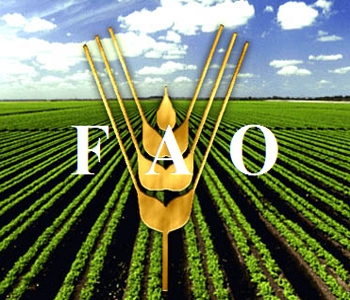 In 2016, may experience a slight production deficit in comparison with expected for 2016-2017 the volume of demand, resulting in ending stocks season in 2017 will be somewhat below the end of 2016, which will be close to record levels. In recent months, the volume of proposals has increased due to higher than previously expected, the volume of grain reserves at the beginning of the season 2016/17 MG sales and optimistic forecasts of world grain production in 2016.

According to the FAO forecasts, in 2016 the world will be collected 2,543 billion tons of grain crops, which is 0.6 % higher than the harvest in 2015 and 0.7 % did not make it to a record 2014. This forecast of production of 17.3 million tons exceeds a may report by improving forecasts of wheat production in Argentina, the EU and Russia, and corn in Argentina, Canada, EU and USA. The possible reduction in global wheat production in comparison with the year 2015, however, will increase the gross harvest of rice and coarse grains.

the Projected level of world grain stocks at end of season 2017 in comparison with the may balance increased by 27 million to 642 million. The main reasons for the adjustments were an increase in world production and reduced consumption, and the revision of the stocks of wheat in China based on the actual inventory of the past years. According to the new forecast, global stocks will be only 1.8 million tons less than the record amounts early in the season.

the Volume of global grain trading in the season 2016/17 MG is expected to reach 369 million tons, which is 1.9 % less than the amount of season 2015/16, mainly due to reduced imports of sorghum and barley. This reduction will increase competition between major importers, which would help to curb rising prices.