Successful negotiations between the U.S. and China did not affect prices of wheat 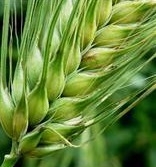 on Friday, wheat prices hardly reacted to the successful completion of the first phase of trade negotiations between the US and China and the promise of the latter to intensify the purchase of wheat, corn and rice from the United States.

Chicago Friday continued to rise on the news concerning the agreement between the US and China. Prices also supported the weakening of the dollar.

Remained at the level of 162,68 $/MT of hard winter HRW wheat in Kansas city.

With the support of rising prices for physical markets and the February futures for black sea wheat on Friday rose 0.5 percent to $220/t

Prices of Russian wheat protein 12,5% rose sharply to 218 to 220 $/t FOB for January shipments, while the demand price rose to 215 $/t FOB. It is unclear, caused by the reduction of the growth of supply, the strengthening of the ruble or rising demand for Christmas shipment.

In Ukraine increased demand from Turkish buyers, who more and more prefer Ukrainian wheat, prices have been stable than in Russian. Wheat exports from Ukraine for the week amounted to 305 thousand tons and since the beginning of the season – 14 million tonnes, which is 43% higher than the corresponding posnik last year.

Add a comment to news item: Successful negotiations between the U.S. and China did not affect prices of wheat

Add a comment to news item:
Successful negotiations between the U.S. and China did not affect prices of wheat