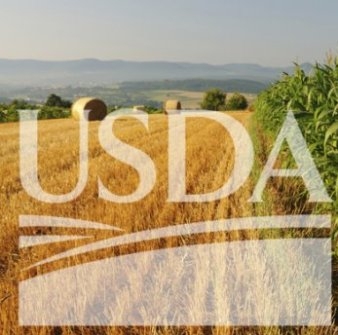 In a new report, the USDA increased the forecast of world wheat production by 1.7 million tonnes to 744,85 million tons.

Most of the forecast gross yield increased to Russia, where, thanks to favorable weather conditions, the wheat harvest will reach a record 81 million tons, 3.5 million tons will exceed the August estimate.

At the same time in Australia, production fell by 1 mln t in the EU – 700 thousand tons.

The initial transition inventory was reduced by 2.7 million tonnes to 255,83 million tonnes, primarily through the reduction in balances in Australia at 2.4 million tons, as evidenced by the revised data of the Statistical Office of the country, which take into account the levels of production and carryover stocks of last season.

U.S. wheat winter wheat futures on Tuesday rose in response to the change in the estimate of world ending stocks in the September USDA report. According to new balance, the international reserves at the end of the 2017/18 MG will decrease compared to the August estimate of 1.55 million tonnes to 263,14 million tons, which will be below the expectations of experts.

The December quotations of wheat in the U.S.

Again, the Agency FranceAgrimer raised its forecast of soft wheat to 37.8 million tonnes in August against 36.8 million tons.

Farmers do not hurry to sell wheat at current prices because they consider them too low, so export shipments at the ports is minimal.

Add a comment to news item: The USDA increased its forecast of wheat production and reduced the rating balances

Add a comment to news item:
The USDA increased its forecast of wheat production and reduced the rating balances