The USDA left unchanged its forecasts for global corn production 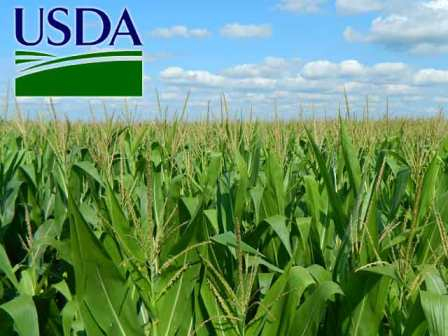 Drought in Argentina and delayed sowing of the second maize crop in Brazil resulted in a decrease of all the experts forecasts global corn crop. However, analysts at the USDA's March balance of supply and demand have left the forecast of world corn production unchanged. They have reduced production estimate for Argentina from 39 to 36 mln t and for Brazil with 95 to 94.5 million tons (against predictions from Buenos Aires Grain Exchange at 34 million tonnes and CONAB in 87,28 million tons, respectively), which, however, will be offset by increased harvest in the EU, India and South Africa.

the Pace of corn exports from the U.S. grow and 01.03.18 inferior togoron only 5.3%. Over the past week export sales of U.S. corn increased by 8% and amounted to 1,857 million tonnes, which is a factor supporting corn prices at Chicago compared with a significant decline in prices for soybeans and wheat.

the problems of Logistics when exporting from the United States, associated with low water levels, and late frosts, has helped to promote the exports of corn from Brazil, which in January and February increased almost twice compared to the corresponding period last year. According AgriCensus, the market prices of maize increased to 191 in Argentina FOB $/t, FOB Brazil 198 $/t, FOB US Gulf 188,25 $/t

Further growth will be limited by the decline in wheat prices and increased supply of grain from Russia, after opening all the ports.

Add a comment to news item: The USDA left unchanged its forecasts for global corn production

Add a comment to news item:
The USDA left unchanged its forecasts for global corn production