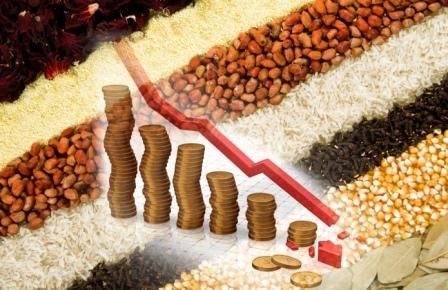 according to a new forecast of USDA experts, in the next season wheat crop in the United States could be the lowest in the last 11 years, barely reaching level of 1.94 billion bushels, which is 0.37 billion bushels will yield results this year. This decrease was caused by reduced acreage under wheat by 1.7 million acres to 48.5 million acres.

the acreage under soybeans in the season 2017/18 MG will be increased by 0.9 million acres to a record high of 84.6 million acres. It will allow to raise to 4.05 billion bushels of soybeans, which is slightly inferior to that of the current marketing year in which the crop was 4.36 billion bushels.

the information made public has increased pressure on the prices of American grain, and so fall third day in a row. Corn on Chicago stock exchange has decreased by 3% to 137,4 $/ton, and wheat during the 8 trading days has depreciated by 6% to 147,7 $/ton.

the decline in prices in world markets affects the procurement price of maize in Ukraine, which in November fell from 155 $/ton up to 147-149 $/ton or 4400-4580 UAH/t for deliveries to the port. Some contribution to the decline in prices contributed to the strengthening of the hryvnia against the dollar 26 UAH/$ to 25.5 UAH/$.

On the domestic elevators prices declined even more significantly because of the need to take into account the cost of long-term storage, because the lack of cars allows to ship products in the near future.

Add a comment to news item: USDA has published estimates of acreage of the crop season 2017/18

Add a comment to news item:
USDA has published estimates of acreage of the crop season 2017/18