Ukrainian winter crops are in good and satisfactory condition 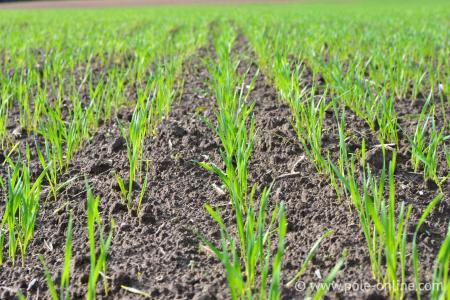 the Decrease in the average daily air temperature below +5°C, and night – up to -4...-7°C stopped active development of winter crops in almost all regions of Ukraine, except the South, where the vegetation was more active.

As of 31.10.17 on the areas that were planted before 25 September (30% of total crops), winter crops are in the tillering stage, which is optimal for wintering. Plants that were sown at the end of September, are in the phase of germination, the 3rd leaf and nodal roots.

By mid-November, the phase of development of plants will not change significantly using a small amount of heat, although winter meteorologists in the coming weeks, no promises. It is likely that almost half of the winter crops will enter the winter in the initial phases of development.

the condition of the plants predominantly good or satisfactory.

the agriculture Ministry reports that 02.11.17 winter grains sown 6,841 million hectares (95% of the forecast), in particular:

Add a comment to news item: Ukrainian winter crops are in good and satisfactory condition

Add a comment to news item:
Ukrainian winter crops are in good and satisfactory condition