Ukraine will increase production and exports of peas in 2017/18МР 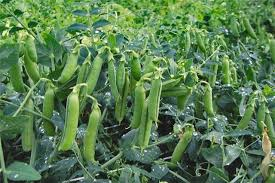 the Necessity of good predecessors in crop rotation and the use of new varieties of peas, which allow to obtain high productivity, helped increase the acreage of peas in 2017році to 405 thousand hectares, which is the highest in the last 15 years or more the previous year by 70%.

As of July 27, Ukraine harvested 88% harvested 911тис tons of peas with a yield of 2.55 t/ha, (which is lower than last year 20%) , therefore, the projected gross harvest will exceed 1 million ton.

the Reason for the decline in the yield of peas is dry weather, which has been observed in June and the first half of July in the Central and southern part of Ukraine.

last season the active export of peas from Ukraine contributed to the strong demand of India and Pakistan in which the drought reduced harvest their own. The main buyers of Ukrainian peas in 2016/17МР was India 36% Pakistan 16% Turkey 12%. In 2016/17МР Ukraine exported 467,5 thousand tons of peas, compared to 233 thousand tons in the last season, which was a record figure.

this season, the weather in India will give an opportunity to get a good harvest of beans, so the demand for Ukrainian peas from their side decreased, which affected the purchase price. But according to experts, the export of peas from Ukraine in this season will exceed 500 thousand tons.

Add a comment to news item: Ukraine will increase production and exports of peas in 2017/18МР

Add a comment to news item:
Ukraine will increase production and exports of peas in 2017/18МР