Ukraine will leave acreage the same as last year 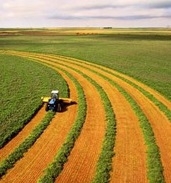 According to the Ministry of agriculture, under the crop 2019 crop in Ukraine will be planted 27.7 million hectares, which would correspond to a level of 2018.

crops plan to plant 14.8 million ha or 54% of total structure space, which corresponds to the optimal norms of the ratio of crops in crop rotation.

Spring crops sow 7.2 million hectares. the structure of crops will depend on the condition of winter crops after the winter, which will optimize the area under spring crops, particularly corn, those late cereal crops. Experts believe that sugar beet in the current year will sow 220-230 thousand hectares, which is almost 25% lower than in the previous year.

While in the United States expect the official forecast of acreage in 2019, analytical agencies publish assessments of their own. So, experts IEG Vantage, formerly known as Informa Economics, increased the forecast of acreage under corn in the US in 2019, compared with the January estimate with 91,504 to 91,591 million acres, which greatly exceeds the level 2018 89.1 million acres.

assessment of the sowing areas of cotton experts IEG Vantage increased compared to the January report from 14,637 to 14,652 million acres.

Add a comment to news item: Ukraine will leave acreage the same as last year

Add a comment to news item:
Ukraine will leave acreage the same as last year