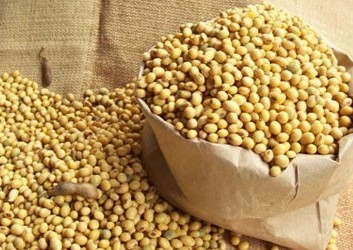 for the First time in the history of the country domestic farmers managed to collect 4.1 million tons of soybeans, despite the fact that the acreage under cultivation was allotted 300 thousand hectares less than last year.

such achievements, said the President of the Ukrainian Association solitonic V. Timchenko.He also noted that the increase in yield resulted in a significant increase in yield of 1,84 t/ha in 2015 to 2.29 t/ha in 2016. Obtained in this season, the figure is closer to world averages, which now account for 2.7 to 3.0 t/ha.

the President of the Association noted that a significant increase in yield has been achieved not only with favorable weather conditions, but also due to the introduction of new technologies.

Today, the domestic soverommet is actively developing.In the past six years has been almost threefold increase in soybean yield. For comparison, in 2010, with 1.4 million hectares of land have been collected 1,7 million tons of beans.

the Price of soybeans in the last year increased by about 1-1,5 thousand UAH, on average, 10650 UAH/ton.

Add a comment to news item: The first time was able to collect over 4 million tons of soybeans

Add a comment to news item:
The first time was able to collect over 4 million tons of soybeans